In collaboration with the City of Amsterdam and NIVEL (Netherlands Institute for Health Services Research), ahti is researching the extent to which use of primary care services correlates to the use of social domain care services in the City of Amsterdam. The reform of the Dutch healthcare system in 2015 resulted in a redistribution of responsibilities, which had a negative impact on interrelationships amongst care domains. By using data to map out such interrelationships, it is possible to support care policy at the local level and to monitor and evaluate policy effects. Ahti is combining data on primary care (NIVEL care records and Vektis care cost data) with municipal data on Social Support Act care in Amsterdam, supplemented by socioeconomic data on the local population (Statistics Netherlands data). The project also aims to test whether the adopted methodology is effective in practice. Together with NIVEL, ahti is responsible both for the management of the project and for the research it involves. The project is due to end in 2020.

Since the transfer of responsibility for some care services from the central government to the municipalities in 2015 (the ‘system reform’), there have been three systems for funding and managing care services:

One of the ideas behind the system reform was that municipal governments are closer to their citizens, enabling them to organise more efficient and effective care. Therefore, giving greater responsibility to municipalities should drive care costs down and the quality of care up.

The transfer of care responsibilities from central government to the municipalities in 2015 has also had the effect of increasing the importance of the primary care sector, as people continue living at home for longer and certain forms of specialist care have been transferred to the primary sector. That raises the question: to what extent is primary care use linked to the use of care in the social domain? Answering that question can provide insight into the quality and accessibility of care in both domains. It is reasonable to assume that changes in the social domain affect primary care, and vice versa.

We have realised the first two goals and the first analyses yielded significant insight. For example, people in Amsterdam who are receiving Wmo support do indeed also make more use of primary care services than people who are not. Further analysis of these forms of care use over time can lead to a better understanding of the factors that influence their relationship. GPs could, for example, become more involved in the Wmo support process.

Status of the NIVEL project

One of the first conclusions of this project is that the combination of NIVEL data and Statistics Netherlands data does indeed yield a representative picture and can provide valuable insight. We have combined data from NIVEL and the City of Amsterdam in the Statistics Netherlands environment, and the results of the project have since been presented to the City of Amsterdam.

More information or do you have a question? Please contact Rachel van Beem (Head of Projects). 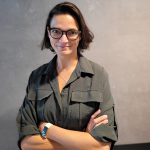 Rachel van Beem
Head of Projects
r.vanbeem@ahti.nl
We can also do something for you

Are you working within the field of health(tech) and are you looking for a partner who can support your company by doing data analysis? Please contact Rachel van Beem and maybe we will be working together soon!

Categories: ProjectsProjects past
Tags: datadata analysis
COVID-19 Projects
Send this to a friend